5. Remarks by Department of Rhode Island  (Scott A. Reese, Commander, Dept. of RI)

10. Reading of Gubernatorial Proclamation (Scott A. Reese, Department of R. I.)

2019 National Encampment of the Sons of Union Veterans of the Civil War and Allied Orders was held in Independence, Ohio on August 8-11, 2019. 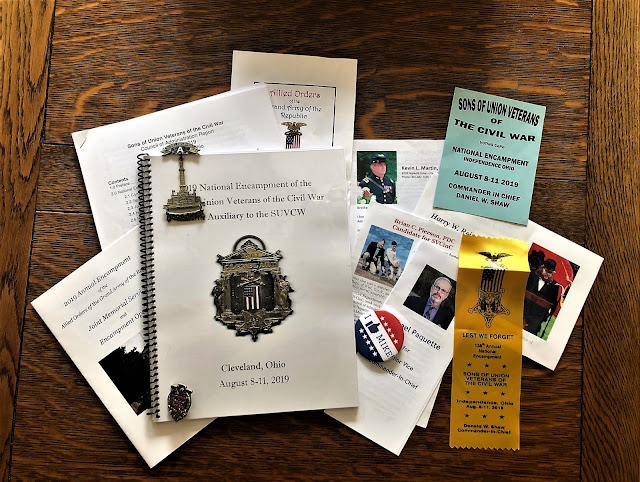 The Encampment was attended by: 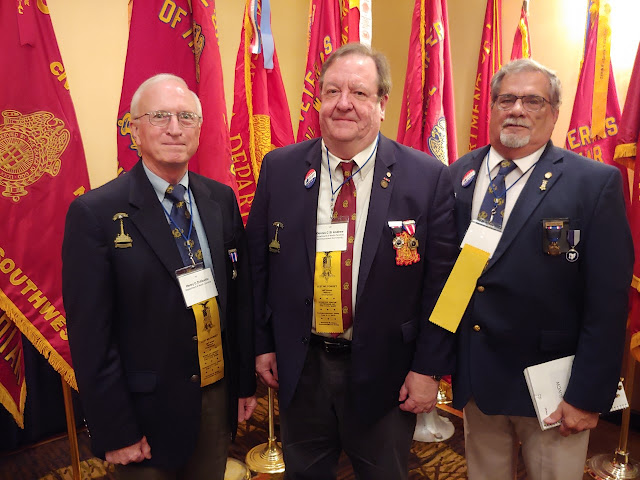 Representatives from two Camps were in attendance from the Department of North Carolina. 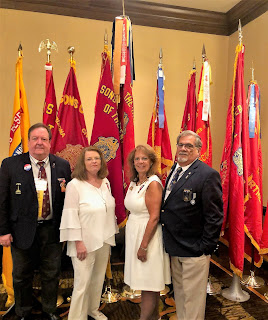 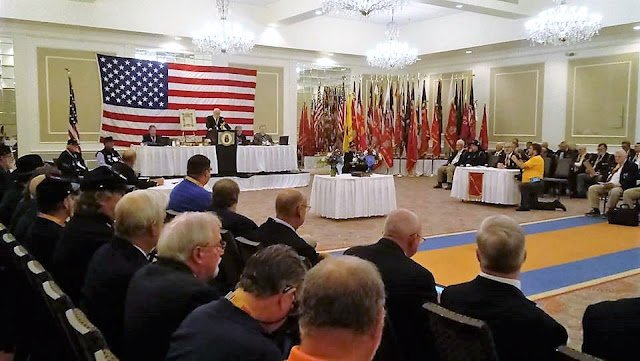 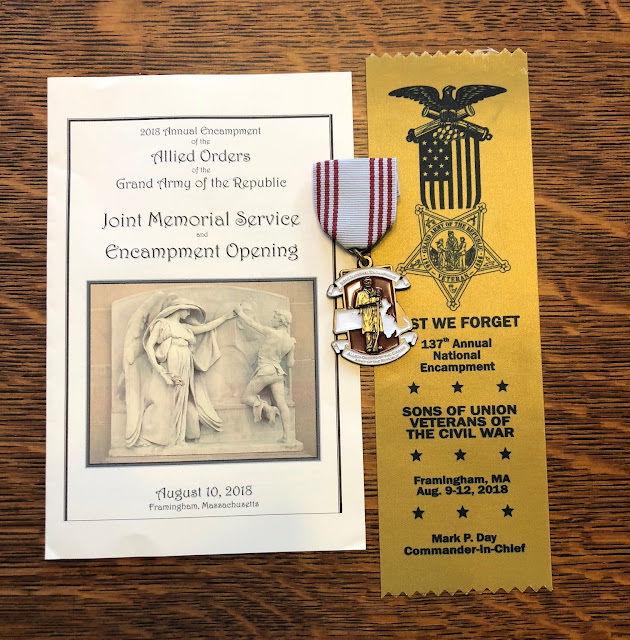 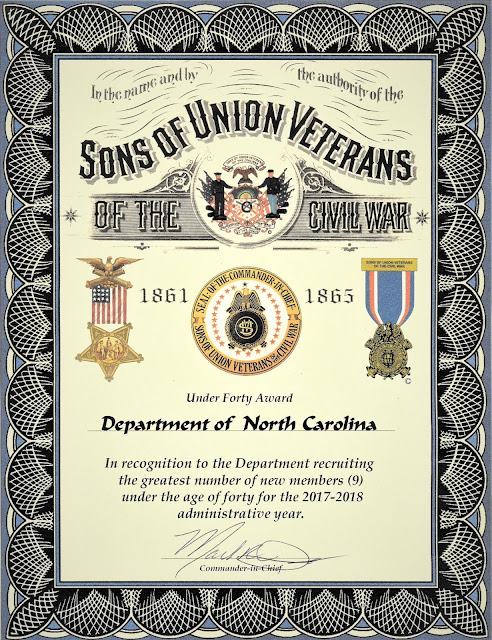 The Department of North Carolina was the recipient of The Under Forty Award. This award is presented to the Department with the greatest number of new members under age forty (40) during the period 1 April through 31 March. The award is presented by the Commander-in-Chief based upon the information provided within the annual reports received by the National Executive Director no later than 31 May. The award is a certificate signed by Commander-in-Chief Mark R. Day.

The Department of North Carolina was also the recipient of The U.S. Grant Cup. This award is presented to the Department with the greatest percentage increase in membership during the period 1 April through 31 March. The award is presented by the Commander-in-Chief based upon the information provided within the annual reports received by the National Executive Director no later than 31 May. The award is a streamer for the Department of NC flag, and the departments name will also be inscribed on the permanent plaque at National Headquarters.
By Thomas Ruger Signals Officer No comments:

Governor's Proclamation: May 5, 2018 Sons of Union Veterans of the Civil War Day

The Department of North Carolina's 11th Annual Encampment was scheduled to held on May 5, 2018.  In advance of the Encampment, Department Commander Dennis St. Andrew requested that Governor Roy Cooper issue a proclamation proclaiming the Encampment date as “Sons of Union Veterans of the Civil War Day".

On May 2, 2018, Governor Cooper declared May 5, 2018 "Sons of Union Veterans of the Civil War Day" in North Carolina and commended its observance to all citizens. We thank Governor Roy Cooper for his proclamation in recognition of our Department’s 11th Annual Encampment. 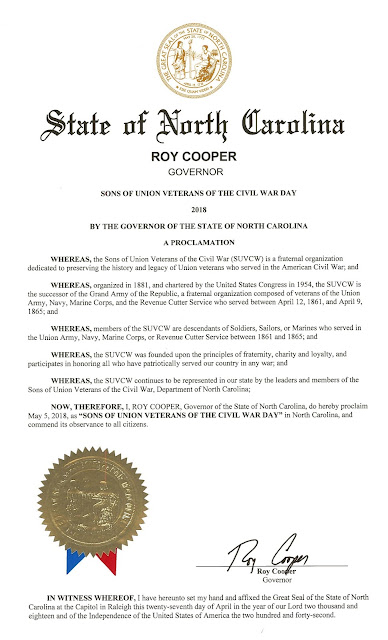 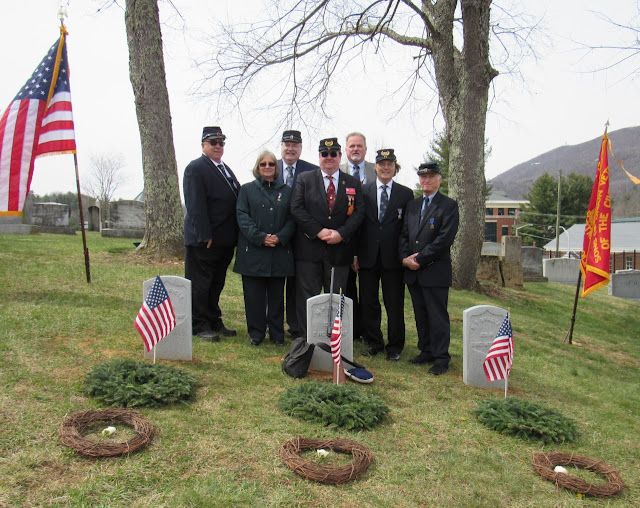 On a cold and sunny Sunday afternoon on April 8 in the mountains at Boone, North Carolina, 40 people were in attendance when the Brothers of Major General George Stoneman Camp No. 6, Department of North Carolina performed a Headstone Rededication Ceremony.

It was for Privates William T. Bradley, Henry P. Evans and John E. Maricle who died in 1865 in Boone during Stoneman's Raid of 1865. The military headstones had been damaged and stolen, so the Town of Boone and their Historic Preservation Commission replaced the military headstones and asked our Camp to perform this service. 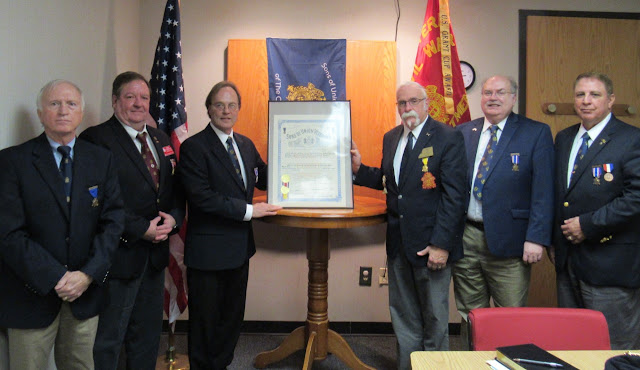 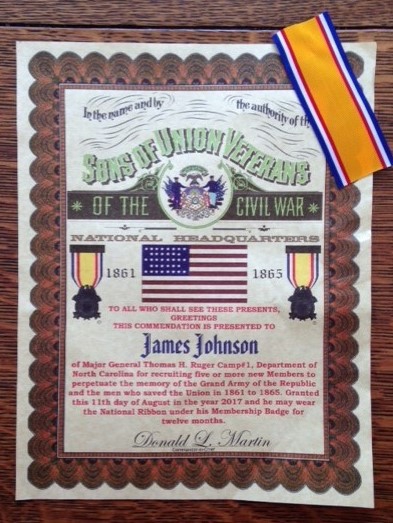 This award is presented by the National Commander-in-Chief, Sons of Union Veterans of the Civil War to any Brother who recruits (5) five or more members during his term in office. Recipients of this award are recognized in General Orders, and may wear the National Ribbon behind their respective membership badge for a
period of (12) twelve months.

For this award, Brother Jame R. Johnson recruited (8) eight new members into our Order, and the Ruger Camp----- four under the age of (40) forty and include (2) Junior members.

During the meeting, another member under the age of (40) forty & recruited by Brother Johnson has been added to the Sons and Ruger Camp membership rolls.

I don’t believe that the importance of recruiting younger members can ever be overstated as they represent the future of our Order, and recruiting family members lets them share and learn the history and heritage of our Union Civil War soldiers and sailors.